16 days of action to stop violence against women 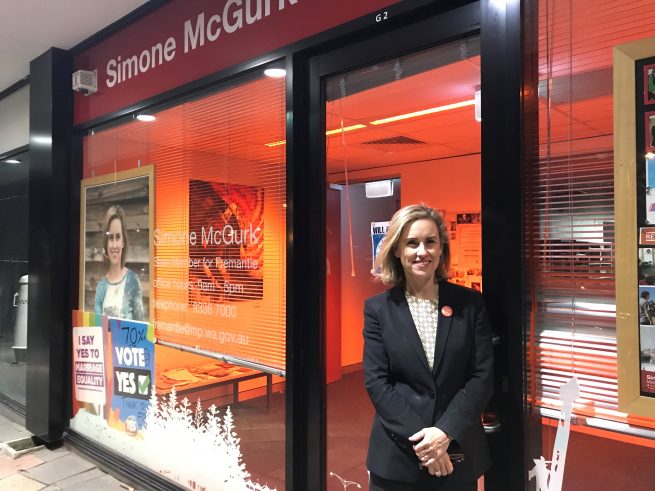 The McGowan Government is shining a light on the State’s horrifying family and domestic violence statistics, reminding all Western Australians they can play a part in stopping the violence.

Family and domestic violence survivors Mary Chetcuti and Judith Congrene stood with the Premier and Minister McGurk today to share their stories of courage and endurance.

The campaign aims to raise awareness of violence against women in WA and encourage communities to take an active role in making change.

Some of WA’s recognisable landmarks, including private sector and government properties, will be aglow in orange, serving as a visual reminder about the need to change the conversation and how stopping violence against women is everyone’s responsibility.

During the 16 days, the campaign aims to educate – raise awareness of the impact of violence on women, children, and communities; motivate – through positive actions; and advocate – by highlighting organisations working to support victim safety and perpetrator accountability.

“Here in WA, more than 50,000 family and domestic violence incidents were reported to police in 2016-17. My government has introduced a raft of measures to reduce domestic violence and has confirmed vital funding in the current Budget, including funding two new women’s refuges,” Premier Mark McGowan said today.

“This campaign demonstrates the whole-of-government, whole-of-community approach we are adopting to challenge the unacceptable levels of family and domestic violence in WA.”

The State’s first Minister for the Prevention of Family and Domestic Violence, Simone McGurk, agreed that a change of culture in WA was needed, “WA has the second highest rate of reported physical and sexual violence perpetrated against women in Australia. The statistics are unacceptable and it’s time to end violence against women and children.”

“We need to hold perpetrators to account, but we also need to change the conversation in our homes, communities and workplaces to end violence against women and children. 16 Days in WA to Stop Violence Against Women is our opportunity to do just that.”

The campaign is the McGowan Government’s contribution to the UN’s ’16 Days of Activism against Gender-Based Violence’ campaign and marks 16 days between White Ribbon Day on November 25 and Human Rights Day on December 10.

16 Days in WA to Stop Violence Against Women – lighting up schedule: