$20.5 million to target and reduce offending by young people 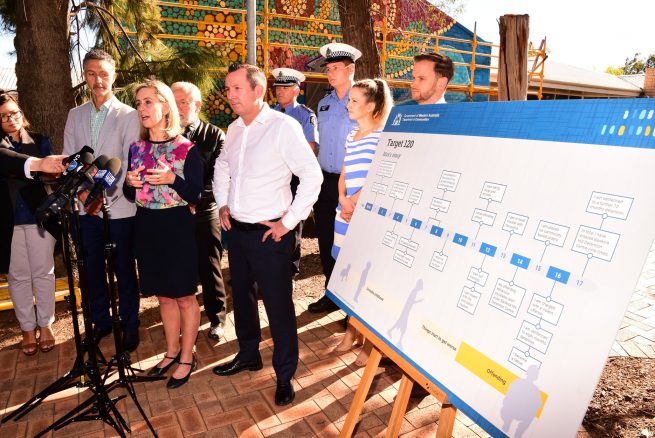 The McGowan Government’s Target 120 initiative, a program designed to reduce juvenile reoffending in Western Australia and improve community safety, will go ahead this year with a $20.5 million investment.

Armadale will be one of the first locations in Western Australia to benefit from the Target 120 program.

The initiative, which aims to support up to 300 young people and their families, will be delivered across multiple locations in a phased approach over the next four years, starting from October 2018.

Target 120 is a collaborative, targeted and flexible early intervention program, providing young offenders and their families with co-ordinated and timely access to the services they need.

The Target 120 program will also use data to inform and improve decision making. By sharing, linking and analysing data gathered across a number of agencies, vulnerable individuals and groups can be identified earlier, and their current and future needs better understood.

Beyond the benefits for the young person, their family and their community as a whole, the program intends to reduce the cost of intervention over the course of a young person’s life.

It is estimated that support provided to a young person and their family, who have had multiple contacts with justice and other departments, costs more than $2 million over a young person’s life.

Minister for Child Protection and Community Services, Simone McGurk, said, “The sad reality is that the number of children going into the justice system is on the rise, and what we’re currently doing isn’t working.”

“The Target 120 program is a new and effective way of doing things – it will involve multiple government agencies, led by the Department of Communities and including the WA Police Force and Corrective Services, working more collaboratively with local service providers and local governments.”

“WA Police told us they could predict many of the children who would end up in the juvenile justice system and then graduate to adult prisons.”

“By government and the community working together to provide young offenders with the help they need to get back on track, our community can be a safer place to live and work.”