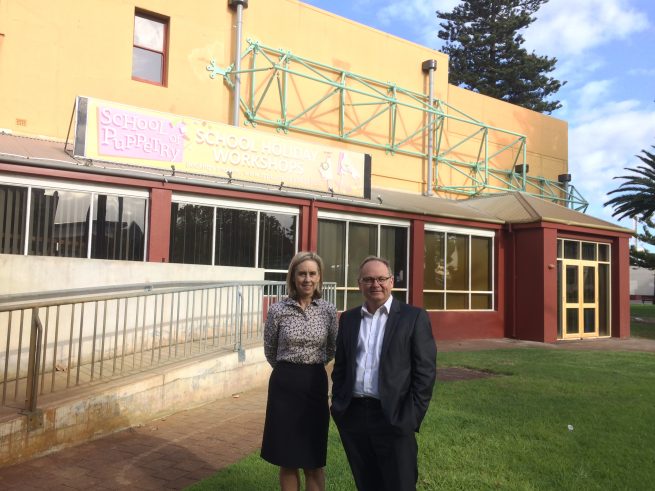 A total of 17 local jobs will be created through the construction of an ‘exo-skeleton’ at the Spare Parts Puppet Theatre on Short Street, Fremantle over the coming months.

The $400,000 project will take place over the winter months and strengthen the rear of the building, which an architects report has found to be affected by water penetration.

Spare Parts will temporarily re-locate its performances from its Fremantle premises to enable the renovation to be carried out.  This means its acclaimed production of Shaun Tan’s The Arrival in early July will be staged at the Dolphin Theatre at The University of Western Australia.

The shift in performance venue is being undertaken as a precaution to avoid the possibility of having a production’s season interrupted by bad weather or heavy storms over the winter period.

“The rear of the building – which is a relatively modern addition – has been affected by water penetration that sometimes results in minor flooding of the basement under the stage,” said Culture and the Arts Minister David Templeman.

“As this is where the stage and auditorium are, Spare Parts will temporarily shift its July and September productions while the renovations are carried out.

“Only the rear of the building will be affected.  Spare Parts’ box office, administration and general staff are expected to be able to continue to stay on working at the offices at the front of the Fremantle premises.

“The renovation will be carried out by the Department of Culture and the Arts, which manages the building, in consultation with the State Heritage Office, Heritage Council and the City of Fremantle.”

State Member for Fremantle Simone McGurk said, “Spare Parts Puppet Theatre has a long tradition in Fremantle and brings in many visitors who eat, drink and shop when they come to see a production.

“I am delighted to hear that these works will bring in local jobs during the construction phase while also securing the safety and integrity of the building for the foreseeable future.

“I’m a big fan of their work and I’ve been a ‘puppet parent’ for some time.”