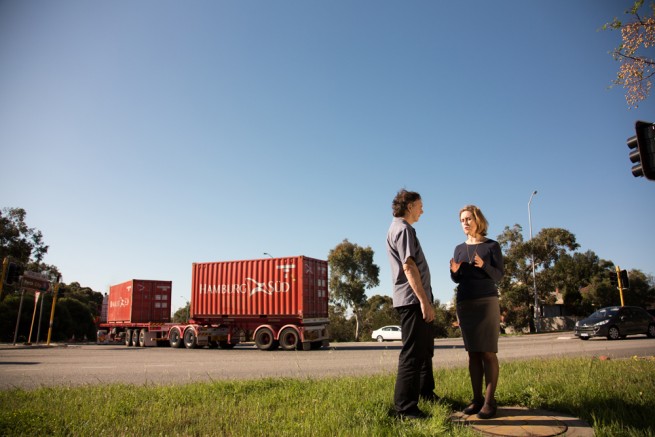 The Barnett Liberal Government is refusing to show up to answer questions at today’s Senate inquiry hearings in Fremantle into the flawed Perth Freight Link project.

Member for Fremantle Simone McGurk said Colin Barnett was doing everything he could to prevent any proper scrutiny of the project while wasting taxpayer’s money by spending $255,000 on public relations consultants in a desperate effort to change public views of the flawed project.

“The Barnett Government will do anything to avoid proper scrutiny of its flawed $1.76 billion Perth Freight Link project.

“This project has been shrouded in secrecy by Colin Barnett and Dean Nalder.

“It’s extraordinary the Minister is set to sign contracts for stage one this month, but won’t release the traffic modelling that underpins the project or even given evidence at an inquiry.

“If the Government has nothing to hide they should go to the hearings and provide evidence today.

“This project should be suspended immediately until the full business case, traffic modelling and local community impact is released for public examination.”