Cash boost to provide healthy food for those in need 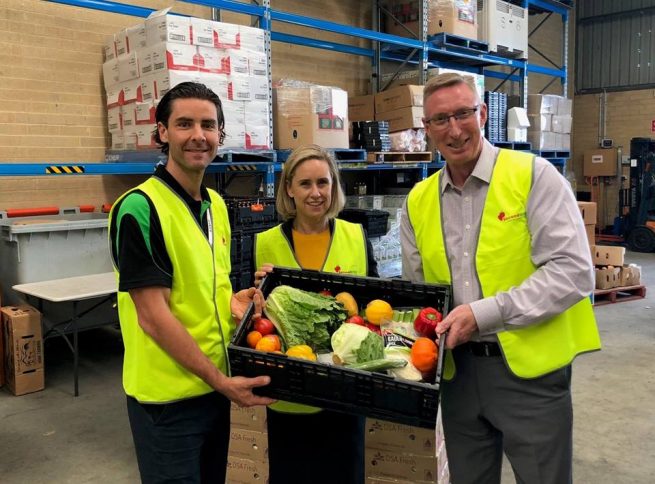 Formerly operating as a partner of Food Rescue WA, SecondBite launched its independent WA operation in July this year in Belmont.

In its first quarter of operations, the charity increased operations by more than 90 per cent and estimates it has provided the equivalent of 686,404 meals for 193 community food relief agencies across the State. The food is delivered to partner agencies completely free of charge.

It is estimated that bulk food donations into the network have doubled and will double again in the following quarter.

The charity aims to provide the equivalent of three million meals for people in need in WA this financial year.

Second Harvest, a Hamilton Hill based organisation which has been distributing food to local families in need since 1982, is also set to receive a grant of $80,500 to support their operation.

“The public are now more aware of the amount of food that is going to landfill or waste,” said Community Services Minister Simone McGurk.

“This is bad, not only for the environment but absolutely tragic when we have people in need.

“SecondBite are doing a fantastic job feeding people facing hardship and they do this by providing fresh and nutritious food which would otherwise go to landfill.

“The State Government, through Lotterywest, is pleased to support SecondBite which is giving a helping hand to those Western Australians doing it tough.”