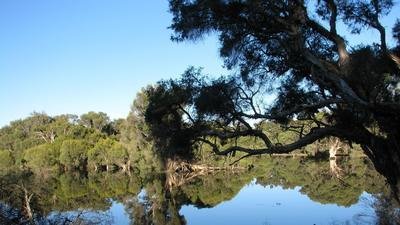 The McGowan Labor Government has delivered on its commitment to permanently protect Beeliar Wetlands from the Liberal Party’s flawed Perth Freight Link by creating an A-Class conservation reserve.

First flagged in mid-2018, all land owned in freehold by the State Government – north of Hope Road and west of Bibra Drive – will be amalgamated and set aside as a conservation reserve to be managed by the Department of Biodiversity, Conservation and Attractions.

This detailed and complex process has been ongoing and was finalised this week.

The protection of the regional park will ensure the land, which supports critically important habitat for flora and fauna, can never be used for a freight link, giving certainty to the local community to enjoy for generations to come.

Since coming to Government, all funding set aside for the flawed Perth Freight Link has been redirected to other road and METRONET projects, that are either underway or completed. These projects continue to support thousands of local WA jobs.

A number of other policy initiatives to address traffic through the entire area are also well established, including:

Work on planning for future long-term freight demand is well advanced, with the independent Westport Taskforce recently finalising its latest report for Government to consider.

The Metropolitan Region Scheme (Beeliar Wetlands) Bill 2018 that will rezone 85 hectares of the wetland from Primary Regional Roads to Parks and Recreation passed through the Legislative Assembly in August 2019.

“Western Australians gave the McGowan Government a clear mandate not to build Perth Freight Link – we made a clear promise and we have delivered,” said Transport Minister Rita Saffioti.

“It was a deeply flawed, controversial project that I am pleased has now been laid to rest.

“The creation of an A-Class conservation reserve is the best way to ensure the Beeliar Wetlands remain protected for future generations.

“Meanwhile, we have introduced a number of initiatives to manage traffic along Leach Highway, including new road projects, and pushing a record amount of freight onto rail.

“We continue to move forward with our long-term freight and trade vision, in the best interests of the whole WA community.”

Environment Minister Stephen Dawson said, “A-class reserves are the highest level of protection given to natural areas in Western Australia and the creation of this reserve is a major victory for the community.

“We listened to the community and stopped Roe 8 and have now committed to reversing the damage and protecting the wetlands.

“The land that was cleared to make way for the freight link is already being rehabilitated by the Rehabilitating Roe 8 Working Group, ensuring the Beeliar Wetlands and its conservation values will remain for future generations.”

Lands Minister Ben Wyatt said the registration now provides certainty to everyone and secures the long-term future of the former Roe 8 alignment as a conservation reserve.

“The Liberal Party’s only policy to date is to build Roe 8 and Roe 9, even though they have no idea how much it will cost to complete the project and how they will fund it.”

“We campaigned shoulder to shoulder with this community and promised to Stop Roe 8 and save the Beeliar Wetlands from a truck highway that never stacked up, and that’s exactly what we’ve done.

“I hope now, we can put the ugliness of the Perth Freight Link debacle behind us and move forward with the sensible, long-term transport planning our state deserves.”