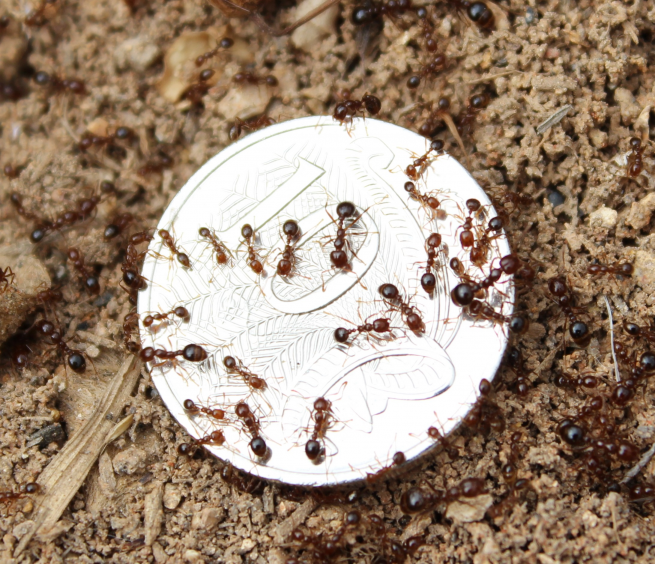 State Government authorities are surveying the Fremantle Port and surrounds after an invasive ant species, red imported fire ant, was detected at the facility.

A native to South America, red imported fire ant is considered one of the world’s worst invasive ant species, as it can form ‘super colonies’ with multiple queens that develop extensive colonies and spread quickly and has a very adverse effect on human health.

The Department of Primary Industries and Regional Development has treated several linked nests at Fremantle Port to destroy the ants and prevent further spread of the pest and is surveying the port and nearby surroundings for any signs of red imported fire ant.

Fremantle Port workers, local residents and businesses are being asked to be alert and report any unfamiliar ants in the area.

Red imported fire ant looks similar to common native ants, are reddish brown in colour with a darker abdomen, and between two to six millimetres long. They come in an unusual variety of sizes within the nests.

Nests are often found in open areas like lawns, firebreaks or fence lines. They can inflict a painful, fiery sting, which in rare cases can cause a severe acute reaction.

Suspect ant sightings should be reported to the department using its MyPestGuideTM Reporter app or online here, alternatively contact the Pest and Disease Information Service on +61 (0)8 9368 3080 or padis@dpird.wa.gov.au.

“This is the first time red imported fire ant has been found in Western Australia,” said Agriculture and Food Minister Alannah MacTiernan.

“The pest poses a significant threat to the environment, agriculture, the economy, human health and Australia’s outdoor lifestyle.

“The State Government has moved quickly to destroy the ants, and we are undertaking surveillance around Fremantle to determine whether they have spread.

“The public have a critical role to play in this situation: we are calling on Fremantle residents and workers to keep an eye out and to report any unfamiliar ants, to help protect WA from this pest.”

State Member for Fremantle Simone McGurk MLA said, “While there have been no further detection, the Government has established a quarantine area over Fremantle to prevent any potential spread.

“The Government doesn’t mean to be a pest but we take biosecurity very seriously, so the community’s understanding and cooperation is always appreciated.”