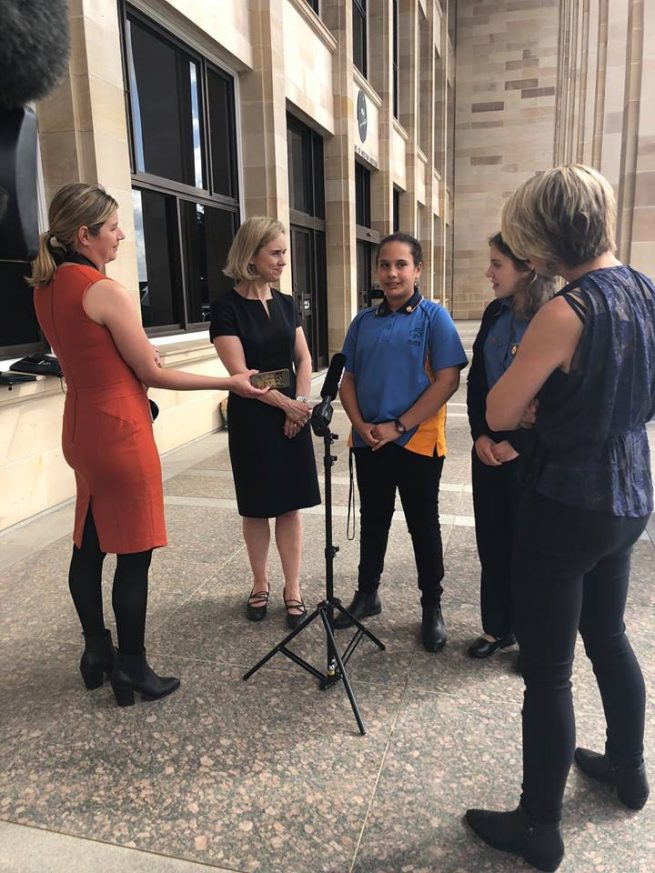 Today, on International Day of the Girl Child, 19 Girl Guides will take over the Parliament of Western Australia as part of a unique program that aims to give young women a voice and encourage them to pursue leadership roles.

While women make up 50 per cent of our population, they are under-represented in many areas of leadership including politics, board roles and senior executive positions.

This unique program gives young women the opportunity to step into the shoes of a Western Australian parliamentarian and experience what it is like to be a politician for a day.

The girls will be shadowing 19 Members of Parliament including:

Each Girl Guide will shadow a Member of Parliament and actively participate in some of their daily commitments, such as running a meeting, attending speaking events or helping to draft social media posts.

The girls will get to see how Parliament functions as they observe its opening and sit in the gallery to watch question time.

The program aims to encourage young women to think about their own potential to be leaders, and gives participants an unprecedented opportunity to share their thoughts and ideas with elected representatives.

“Women bring a diversity of ideas and perspectives, and we need that diversity to solve the complex problems that government has to address,” said Women’s Interests Minister Simone McGurk.

“This Government is committed to gender equality and I strongly support quotas for increasing the number of women in Parliament.

“Almost a third of this Government’s Cabinet positions are filled by women, and 40 per cent of government members are female.

“I hope the girls undertaking this program are inspired to consider political office, and I look forward to hearing their perspectives on current issues affecting young women.”

Rhiannon Manning, a 17-year-old Girl Guide, said that Girls Takeover is about leading a change for young women.

“It gives me the opportunity to talk about important issues that are affecting our young women of today and I am excited to be a part of this experience.”

Ainsleigh Passi, a 12-year-old Girl Guide, added, “I want to use this opportunity to talk about important issues such as the lack of women, especially indigenous women, in Parliament. Girls Takeover is about leading change and I want to be a part of that.”