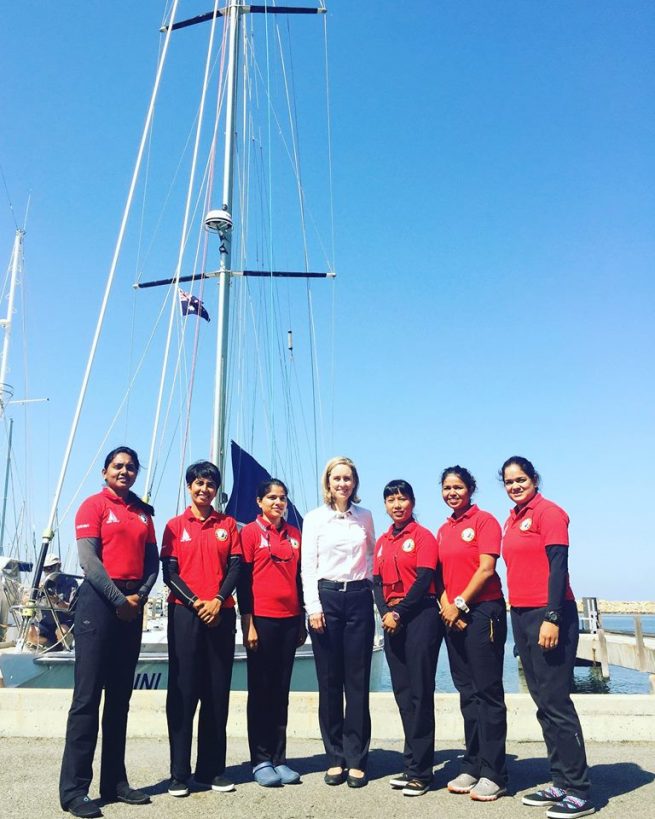 Six female Indian naval officers have arrived in Fremantle on their history-making journey to circumnavigate the globe in a sailing ship.

Fremantle is the only Australian stop on the journey which began on September 10 and is expected to take eight months.

The crew arrived last week and the State Government has ensured they have enjoyed some of the best Perth and Fremantle have to offer, including Kings Park and Rottnest Island.

India is an emerging tourism market for Western Australia, particularly for those visiting friends and relatives.

While here, they injected $86 million into the Western Australian economy – a massive 92.5 per cent increase on 2015-16.

“I sincerely welcome Lieutenant Commander Vartika Joshi and her crew to WA and commend them on undertaking this historic journey,” said Tourism, Defence Issues and Citizenship, and Multicultural Interests Minister Paul Papalia.

“This journey is being watched by millions of people, including Indian Prime Minister Narendra Modi who met the crew before they set off and has tweeted about it to his 35.7 million followers.

“We are grateful for the opportunity to show India, an emerging tourism market, the wonders of our State through the eyes of such a courageous and groundbreaking group of women.”

Women’s Interests Minister and State Member for Fremantle Simone McGurk said,  “I cannot imagine how much bravery, let alone strength and tenacity, it would take to sail around the globe. These women are heroes.

“As Women’s Interests Minister, I applaud the six crew for what is an incredibly challenging journey and wish them well as they move onto the next leg.”