Hundreds of local shipbuilding jobs and apprenticeships on offer 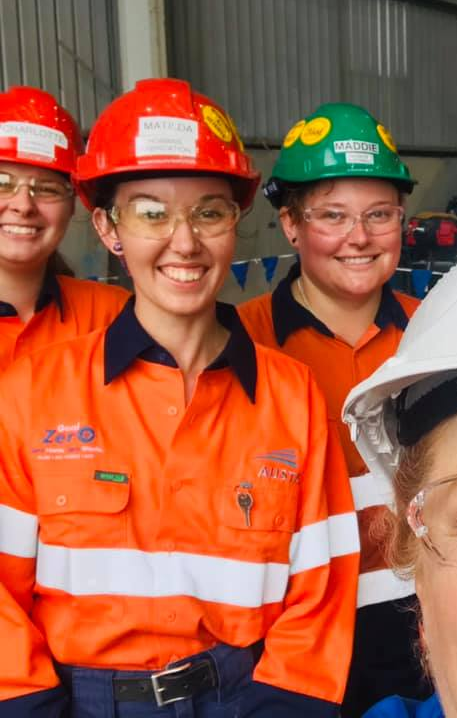 The McGowan Government has welcomed local shipbuilding company Austal’s commitment to increase female representation in its workforce by boosting its female apprentice intake.

Premier Mark McGowan and Education and Training Minister Sue Ellery visited Austal, on the eve of International Women’s Day, to meet some of the shipbuilder’s newest female apprentices. Austal is seeking to hire 45 female apprentices in 2019 and to date has filled 18 of those roles.

Austal, the world’s largest aluminium shipbuilder, headquartered in Western Australia, currently runs a Pink Ship Program, which aims to increase female participation in its workforce across every department from current levels of 12 per cent to at least 20 per cent.

Its 2019 apprentice initiative is underpinned by the Pink Ship Program and encourages more women to the traditionally male dominant industry through more flexible working arrangements such as job sharing arrangements.

Austal subscribes to a critical mass approach, as preferred by the Royal Australian Navy, hiring a group of women to create substantial change and provide appropriate support systems.

Once hired, apprentices are mentored with senior trades staff who supervise their work and support their transition into the Austal team.

Austal have expanded to three facilities in Henderson and Naval Base, and is now seeking more than 260 local workers to fill positions.

The McGowan Government is committed to working with industry to create more local job opportunities and support women to enter traditionally male dominated industries, including shipbuilding and defence.

“With International Women’s Day tomorrow, it is important to recognise the valuable contribution women make every day in our lives,” said Premier Mark McGowan.

“My Government is committed to creating more local jobs and encouraging opportunities that build a more diverse workforce.

“Austal is committed to increasing women representation in the workforce and encouraging a positive cultural change across an industry that has been traditionally male dominated.

“With 260 local jobs on offer at the Henderson facility, now is the time to ensure WA workers have the skills to access the opportunities in the defence and shipbuilding industries.”

“We are committed to working with industry to increase opportunities for women to enter the industries of construction, shipbuilding and defence.

“Apprenticeships and traineeships are important for the ongoing growth and success of Western Australia, and this Government is providing incentives to organisations to employ women in non-traditional trades.

“We want to increase the number of female apprenticeships and traineeships, and I commend Austal for playing their part in encouraging more women into these industries.”

Women’s Interests Minister Simone McGurk said there is a strong correlation between the gender gap and economic performance.

“The business case for diversity is clear and well established.

“If we want to compete and flourish in a global economy and build communities that thrive, gender equality will be a key strategic advantage.

“Targets and quotas deliver results for women’s representation, and I applaud Austal for their initiative and commitment to ensuring a prosperous future for Western Australian women.”