Improved safety and congestion relief on the way for High Street 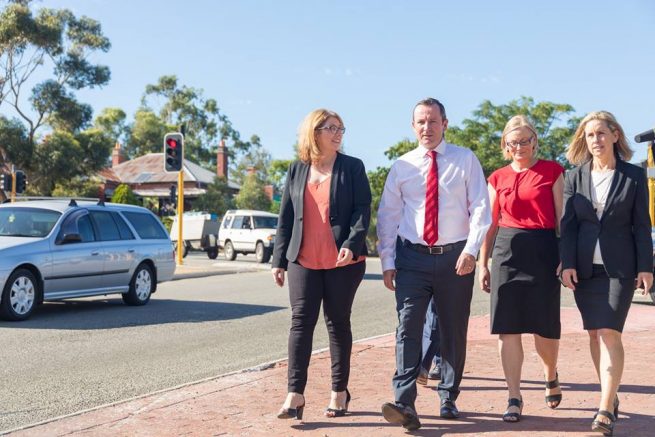 The congestion-busting upgrade of High Street in Fremantle has reached a significant milestone today, with the release of the draft concept plan.

High Street, between Stirling Highway and Carrington Street, will be widened to include a new roundabout and a median, improving safety, freight efficiency and the general flow of traffic.

The High Street Upgrade draft concept includes a roundabout at the Stirling Highway intersection, a wide median to separate traffic and preserve a number of mature trees, and a single-lane service road for residents north of High Street.

The current layout of High Street, between Carrington Street and the Stirling Highway intersection, provides direct access to several local roads and driveways, which results in stop-start conditions and heightened safety risks, including accidents.

It also impacts freight efficiency by creating unpredictable journey times to and from Fremantle Port.

The High Street Upgrade project forms part of a package of congestion-busting road projects that came from the successful renegotiation of the Federal Government’s Perth Freight Link funding in May 2017.

Further community consultation and preliminary work will take place prior to a scheduled construction commencement by mid-2019.

“We expect the project to create about 700 jobs – part of around 4,500 jobs expected to be created through the State Government’s major investment in infrastructure in Perth’s suburbs.

“The State Government is getting on with the job of delivering important upgrades across Perth’s suburbs to complement our METRONET vision.”

Transport Minister Rita Saffioti said, “the High Street Upgrade project is designed to resolve what has been an historic, long-term safety issue and provide a solution to the truck rollovers and peak hour congestion in the area.

“Consultation is continuing with the City of Fremantle and we will be speaking with key stakeholders, local community groups and residents together with the freight industry to develop and refine a final concept and scope of works.

“Other initiatives include the recent increase to the freight on rail subsidy and the creation of the Westport Taskforce. It will guide the planning, development and growth of the Port of Fremantle, and the associated road and rail links to support the new port facilities.”

Member for Fremantle Simone McGurk said the High Street Upgrade was a well-awaited project that will properly tackle congestion and improve safety for The Fremantle community.

“It is an important part of the State Government’s alternative to the flawed Perth Freight Link, and I’m pleased to see plans progressing well.”