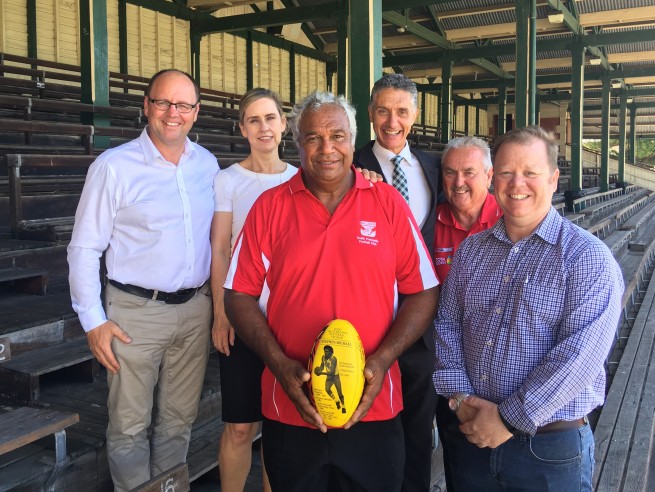 WA Labor will commit $350,000 to support young players in South Fremantle Football Club zones settle into the community and provide them the opportunity to grow as people and players.

Named after the Bulldogs legend, the Stephen Michael Foundation Youth Development Fund will seek to open up opportunities for youth and young adults in the local community as well as club’s zone, regardless of colour, ethnic background or social circumstances.

“As a Bulldogs fan, I am glad a McGowan Labor Government will support the next generation of players to make the most of their talents.

“Fremantle has a proud football tradition and I know the Stephen Michael Foundation Youth Development Fund will add to that in the future.”

“As a lifelong South Fremantle supporter and Member for Armadale, it is a great privilege to be able to confirm that a Mark McGowan government will financially support the Stephen Michael Foundation Youth Development Fund.

“The fund will assist young footballers in areas such as Armadale and Kelmscott to reach their full potential as footballers and more importantly as members of the community.”

“As a former WA police officer and Youth Justice Officer I appreciate the value of funding programs that support youth at risk.“

“I am proud to be a member of the Mark McGowan WA Labor team that will provide funding for this important initiative by the South Fremantle Football Club.”