McGowan Government lures cruise ships and jobs back to WA 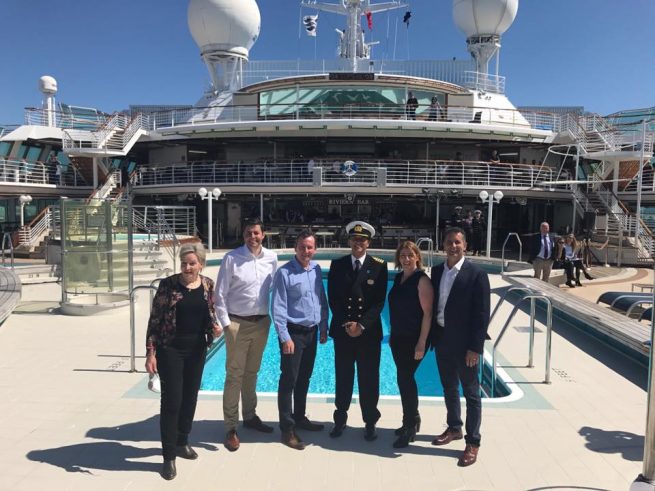 Carnival Australia’s cruise ships will return to Western Australia following a commitment by the McGowan Government to fix issues at Broome Port.

Dredging at Broome Port will be carried out next year, enabling cruise ships all-tide access.

Last year, Carnival Australia told the previous Liberal National Government that it would no longer home berth its P&O or Princess Cruise ships in WA if problems at some regional ports were not fixed.

Despite the warnings nothing was done, forcing Carnival Australia in April this year to pull its P&O ships from Western Australia for the upcoming seasons.

The withdrawal meant the State was facing a loss of $135 million in cruise-related spending per annum, along with 400 jobs.

However, on the back of the Broome commitment, and work already carried out to install shore tension units at Geraldton Port, Carnival Australia now says Princess Cruises would homeport its ship, Sun Princess, in Fremantle late next year.

In addition to the redeployment of Sun Princess to Fremantle, Carnival also has a further 19 transit calls to Western Australia in 2018 across both its Princess and Cunard brands.

The Sun Princess carries more than 2,000 passengers and it is understood Carnival Australia is considering further commitments to WA for 2019-20.

State Member for Fremantle, Simone McGurk, said she was glad the McGowan Labor Government has managed to fix the problem so soon after taking office.

“The previous Liberal-National Government sat on its hands and ignored this problem causing Carnival to pull out of Fremantle.