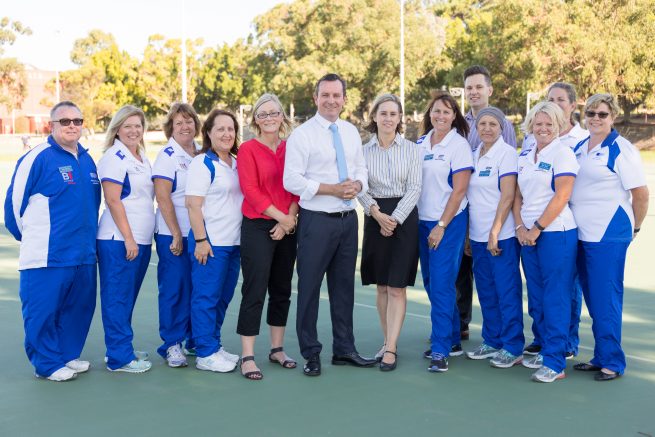 The McGowan Labor Government has shot another goal, with the 2017-18 State Budget delivering $1.8 million to the Fremantle Netball Association to upgrade the Gibson Park netball courts.

A key election commitment for Bicton and surrounding areas, the funds will extend the main pavilion, provide additional toilets and increase spectator seating.

Gibson Park is home to close to 5,000 netball players from across Perth’s southern suburbs, with nearly 500 teams participating during the winter season.

“My Government is getting on with the job of upgrading important community facilities,” said Premier Mark McGowan

“These upgrades will ensure that players, coaches and spectators can attend matches in a safer, more comfortable environment and I’m a big supporter of any plans that will encourage more kids to take part in sport.”

Bicton MLA Lisa O’Malley said, “Sport not only builds confidence and keeps your mind and body healthy, but it is also a place for the community to come together.

“I’m very pleased to be a part of the McGowan Government that is getting on with the job of delivering our election commitments.”

State Member for Fremantle Simone McGurk said that Gibson Park has a very special place in the heart of the Fremantle community.

“Over five thousand local girls play down here every week during netball season, and this funding will improve facilities for players and their families.”