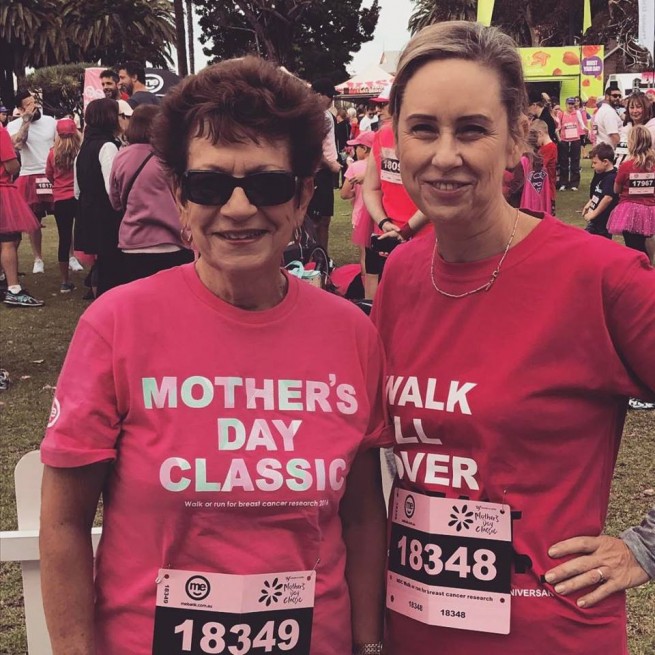 Women’s Interests Minister Simone McGurk will be firing the starting gun at the Mother’s Day Classic event at the Supreme Court Gardens this Sunday (May 14).

The annual event, now in its 10th year in Perth, raises awareness and funds to fight breast cancer. Last year, it attracted more than 105,000 participants and raised more than $3.1 million nationally.

In 2017, Mother’s Day Classic events will be held in nine major cities and 81 regional locations across Australia.

The Mother’s Day Classic started in Melbourne and Sydney in 1998 and has since raised $30.4 million nationally.

This year’s event is organised by Women in Super, with ME bank the major sponsor.

“This Sunday morning, Langley Park will be blanketed in pink as thousands of people pay tribute to loved ones who have been lost to, or are currently fighting, breast cancer,” said Minister for Women’s Interests Simone McGurk. “It is also an opportunity to celebrate the life of survivors of breast cancer – an illness that affects one in eight of Australian women.

“I am proud to say, I have participated in all 10 events held in Perth since 2007. The event raises much-needed funds for breast cancer research, and is run by a large team of committed volunteers.

“I’d like to thank the event organiser Women in Super, their small dedicated team of staff and their committed volunteers who go the extra mile to support a cause that affects so many lives.”

For more information on the event, visit http://www.mothersdayclassic.com.au.