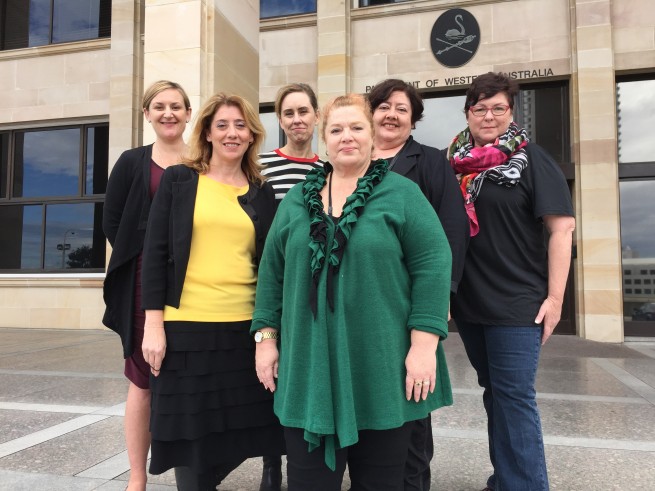 There will be more women in WA Parliament thanks to rule changes adopted this WA Labor State Conference over the weekend.

The conference adopted the affirmative action rule changes agreed to at the recent national conference of the ALP, which mean by 2021, 45 per cent of WA candidates for winnable seats will be women. This will be increased to 50 per cent by 2025.

The Western Australian branches of the ALP were early adopters of affirmative action, which has delivered real change that has only been talked about by other political parties.

As a result, 45 per cent of Labor State MPs are now women.

In contrast to Labor’s clear plan, Colin Barnett recently drew the ire of women by saying many of them would not be in Parliament if they were elected on merit.

“WA Labor will continue to put talented, passionate and capable women into Parliament and we will be the party that truly represents Western Australia”, Simone McGurk, Shadow Minister for Women’s Interests said.

“The Premier’s negative and insulting comments were not accompanied by concrete proposals to improve the number of women in State Parliament.

“While the Liberal Party is still talking about how to get more women into Parliament, WA Labor has worked over the last 10 years to be one of the first states to put in practical measures to achieve change.

“The results speak for themselves – 45 per cent of Labor MPs in State Parliament are women, compared with a woeful 20 per cent of Liberal MPs,” Ms McGurk said.