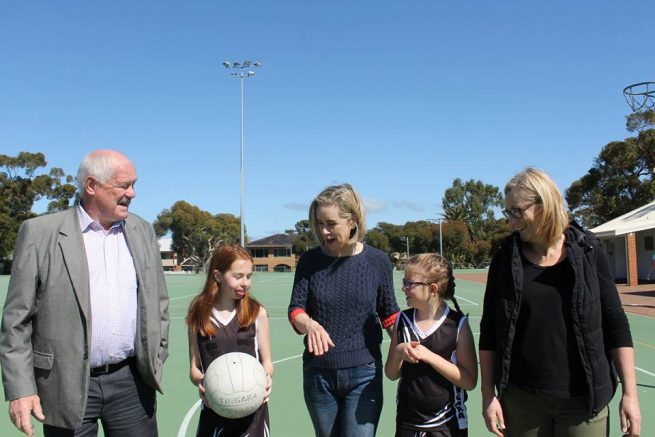 The award-winning Fremantle Netball Association is set to undergo a revitalisation, with the McGowan Government supporting the southern suburbs netball hub to build a brand new $1.8 million pavilion.

Fremantle Netball Association is a fixture for many Western Australian families during netball season, with the club’s courts accommodating thousands of local netballers each weekend.

As well as providing a boost to grassroots sport, the $1.8 million project will be built by WA company Buildwell Group, with support from WA small businesses and contractors.

Buildwell Group has engaged a strong majority of local contractors to assist with the project, including specifically targeting local subcontractors with existing relationships with the club.

The project will create work for electricians, manufacturers, plumbers and other tradespeople, supporting local jobs and the local economy.

The new building is being funded through the McGowan Government’s Community Sporting and Recreation Facilities Fund, which provides support for local organisations to build infrastructure to grow their sport.

“Their participation levels are through the roof, and it is terrific to visit and see the hundreds of players of all ages out here during netball season.

“Not only will the new pavilion provide huge benefits to grassroots netball, the $1.8 million build will support local jobs in a range of industries.”

“Over 5,000 girls play at Frank Gibson Park every Saturday during netball season. These upgrades are an investment in creating strong, confident and healthy young women in our community.”