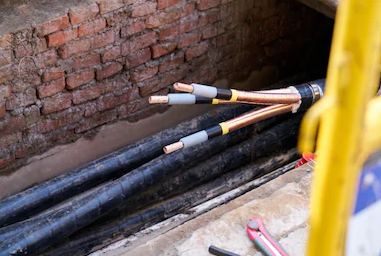 Energy Minister Bill Johnston is pleased to announce a trial of a new funding model that will allow more Western Australians to access the benefits of underground power.

Western Power’s Network Renewal Underground Program Pilot will be tested in four suburbs where significant capital works projects have been planned to replace and upgrade sections of overhead network.

Local governments invited to participate in the pilot are the Town of Bassendean (Eden Hill), City of Stirling (Scarborough), City of Fremantle (Hilton) and the Town of Victoria Park with the City of Canning (St James).

Under the pilot model, local government authorities are being given the option to contribute additional funds to cover the difference between like-for-like pole replacement and the cost of converting the area to underground power.

Because the poles and wires in the pilot areas are old and due to be replaced, the cost to homes and businesses are expected to be lower than the State Government-led Underground Power Program and other local government-led programs for undergrounding.

“This is an opportunity for local governments to capitalise on the significant investment Western Power commits to rejuvenating and upgrading the network that supplies its customers’ energy needs,” said Energy Minister Bill Johnston.

“On top of the reliability and aesthetic benefits that underground power brings to the customer, the increased capacity also helps unlock the network to new technologies.

“This announcement is in line with the McGowan Government’s Energy Transformation Strategy, which is committed to a secure, safe and reliable energy future.”

State Member for Fremantle, Simone McGurk said the details were still to be finalised between Western Power and the City of Fremantle with costs likely to be spread out across homeowners’ council rates.

“This program is fantastic news for thousands of Hilton residents who will be able to have their power lines undergrounded at a fraction of usual cost.”