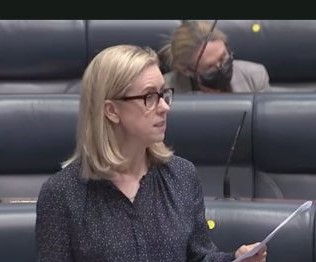 Esther Foundation was a faith-based residential treatment facility for women and teenagers, which recently entered voluntary administration. It was supporting 19 women and seven children when it went into administration.

A number of women and girls have reported historical experiences of abuse and mistreatment at Esther Foundation, including former residents, former staff and family members of ex-residents.

The immediate priority is the safety and wellbeing of current Esther Foundation clients, and the Department of Communities has been working closely with the Mental Health Commission, which has a well-established relationship with Cyrenian, on the establishment of an interim service.

Cyrenian will provide support to the remaining Esther Foundation residents and develop a new service that provides support to young women and young mothers at risk or in crisis.

This will include support for substance misuse and mental health concerns, transitioning over time to help young women with a range of complex needs, including family violence and homelessness.

The State Government will fund Cyrenian via a grant agreement for a two-year period at a projected cost of $2.2 million a year, while the longer-term options for the facility are examined.

An Inquiry by State Parliament’s Education and Health Standing Committee into the complaint handling processes of the Esther Foundation is ongoing, with submissions closing on June 3.

“The State Government has reached an agreement with Cyrenian House for the provision of an interim service over two years, while long-term options are explored.

The immediate priority is the wellbeing of the Esther Foundation’s existing clients, and the new provider will support them, as well as provide an ongoing service to young women in crisis.

The assistance provided will transition over time, moving to a holistic model that enables young women to be supported with a range of complex needs, including family violence, homelessness, substance misuse and mental health concerns.

This interim service will support the State Government’s commitment to earlier interventions that enable children to stay safe and together with their mother or caregiver.

The Mental Health Commission’s relationship with Cyrenian is long-standing and they are a respected provider of services linked to alcohol and other drug use in Western Australia.

The most important thing is that those needing support receive appropriate care and Cyrenian are well-placed to assist Esther Foundation clients.

This service will better support women in crisis by using a holistic care model to provide safe, suitable treatment.