Pets in Crisis program expanded to Albany, Bunbury and Busselton 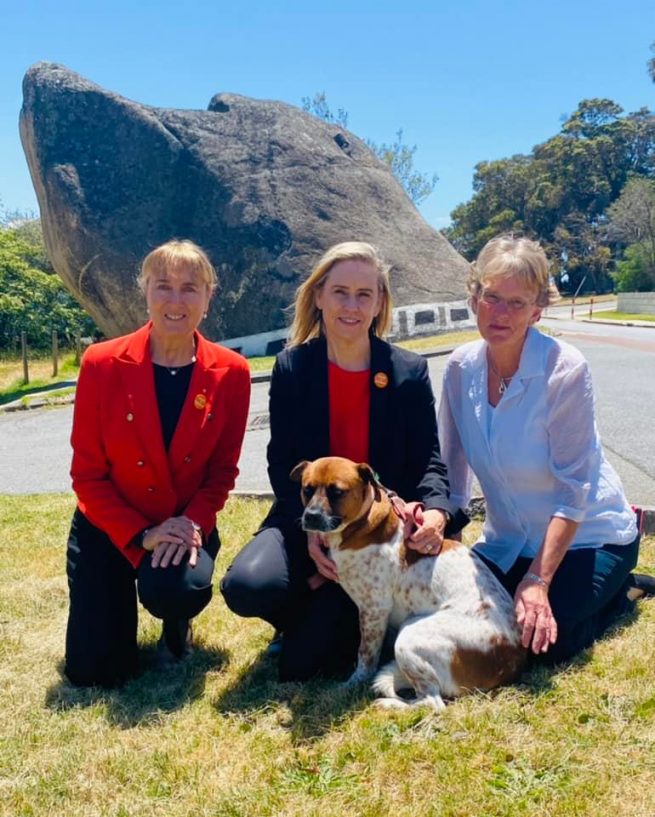 Prevention of Family and Domestic Violence Minister Simone McGurk has announced a $1 million expansion of the Pets in Crisis program into the Great Southern and South-West regions during the 16 Days in WA campaign to stop violence against women.

The Pets in Crisis program offers a temporary home for animals from households experiencing family and domestic violence while their owners seek refuge or temporary accommodation of their own.

Under the program, pets are placed with short-term foster families in confidential locations, giving their owners peace of mind that their pet will be safe and well cared for while they focus on their own safety.

Individuals and families will often put off fleeing a violent situation due to concerns regarding the safety of their pets if they are left behind in the home, with one study reporting that 35 per cent of women delayed seeking refuge for this reason.

As part of the State Government’s 16 Days in WA campaign to stop violence against women, Ms McGurk announced expansion of Pets in Crisis to several regional areas in Albany today, highlighting the Pets in Crisis program’s potential to save lives and thanking foster care volunteers in person for helping to break the cycle of violence in their communities.

The Department of Communities has been supporting the Pets in Crisis program since 2017.

While dogs are the most common pets cared for through the program, there has also been a rich assortment of other companion animals supported during this time including cats, chickens, guinea pigs, rabbits and even a pair of rainbow lorikeets.

The announcement coincides with day nine of the 16 Days in WA campaign, which promotes community awareness and challenges views that can prevent victims of family and domestic violence from seeking help or assistance. It also seeks to put an end to behaviours that allow victim blaming to occur.

More information on the campaign, which has a theme of ‘Don’t be silent when you see violence’ in 2021, and the campaign kit with a list of 16 ways to take action, is available online.

“The Pets in Crisis program run by RSPCA WA not only ensures that animals are protected, it encourages women who are experiencing family and domestic violence to seek help.

“Pets play such an important role in our families, but unfortunately perpetrators can exploit that connection with threats and intimidation, which can prevent women from fleeing a violent household.

“As a passionate pet owner myself, I am delighted to be announcing an expansion of this much loved program into the Great Southern and South-West regions, and I thank RSPCA WA’s wonderful foster carers who do a great job ensuring that beloved pets are well cared for while women and children are finding safety.

“Promoting initiatives that help keep women safe is an important part of the 16 Days in WA campaign, and the Pets in Crisis program is a great example of this.” said Minister for the Prevention of Family and Domestic Violence Simone McGurk.

“RSPCA WA congratulates the State Government on its commitment to expanding the Pets in Crisis program into the South-West and Great Southern.

“Domestic violence affects all family members, including pets. Pets in Crisis not only gives human victims peace of mind about their animals, it also provides a safe haven for the pets of violent households, who are often abused or threatened with abuse.

“RSPCA WA is aware of the increased number of calls in the region from refuges looking to support their clients who are pet owners, and from women themselves who refuse to leave a violent situation unless they can take their pets with them.

“There is a clear need for the program in regional WA and RSPCA WA is proud to deliver it.” said RSPCA WA Chair Lynne Bradshaw.