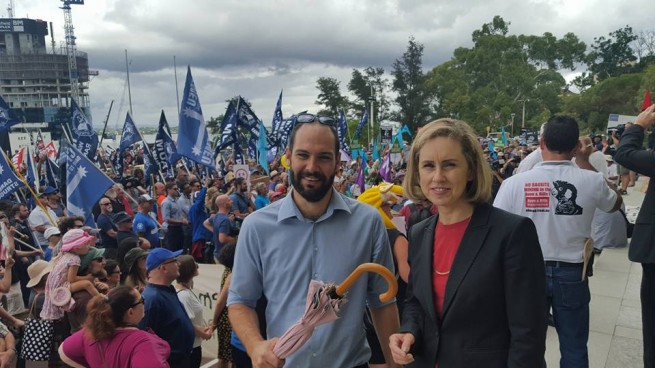 The Barnett Government’s draconian anti-protest laws drew hundreds of members of the community, unions and dozens of community organisations to the steps of Parliament today.

Simone also caught up with the Conservation Council’s Piers Verstegen, who was holding an ominous umbrella, which could be considered a criminal ‘thing’ if the Barnett Government’s laws are passed.