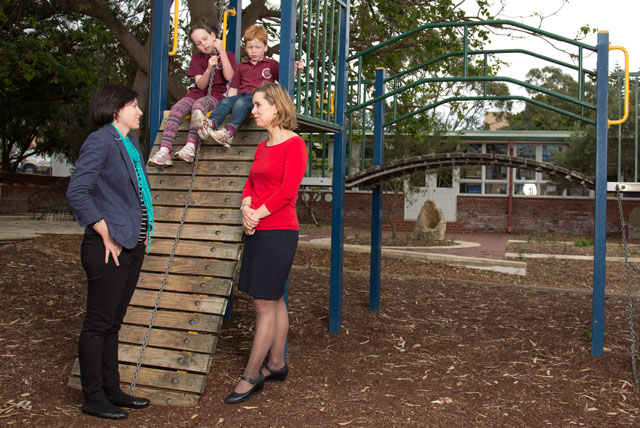 “It was quite remarkable for the Premier and the Education Minister to front the Fremantle community and offer no real answers to the questions parents posed.

“Parents rightfully expected a sense of clarity and direction as to how school amalgamations would proceed, and how the Government would deliver on improved subject selection, but they were left none the wiser after the meeting,” she said.

In response to a question from Ms McGurk, the Premier admitted that more than $40 million would be required to amalgamate Fremantle schools, but not a cent had been allocated in the recent Budget or in the forward estimates.

“This Government has absolutely no plan on how they will fund this process, and that leaves Fremantle parents and students uncertain about the future.

“They are entitled to an iron-clad commitment from the Minister that local schools will receive the resources they need.”

Ms McGurk said there was strong community support and logic for a Gifted and Talented Extension (GATE) academic excellence program to be part of the newly formed school.

“Including an academic excellence program as part of the new school makes sense on a lot of fronts.

“It would bring a strong cohort into the new school, boost student numbers and enhance subject selection,” she said.

“Once again we are seeing the Government scrimping on public schools, leaving local parents and students with a high level of uncertainty about what will happen to this crucial area of their local community,” Ms McGurk said.

“It is absolutely essential that this Government realises that the Fremantle community is demanding that any change to secondary schooling in Fremantle is greater than the sum of its parts,” Ms McGurk said.