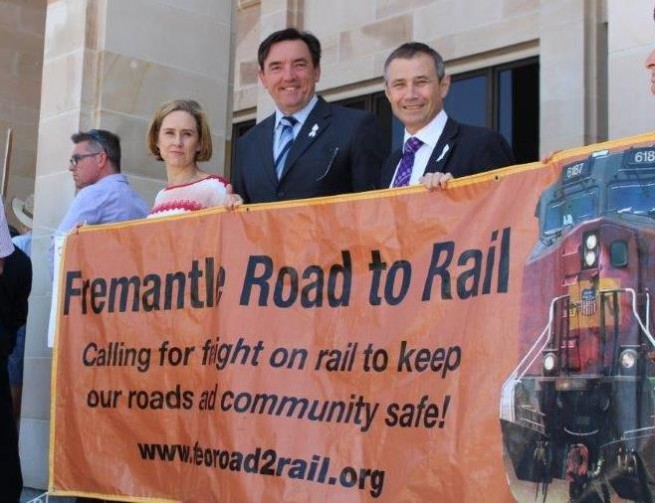 A protest at Parliament House today against the closure of the Tier 3 rail lines in the Wheatbelt has received backing from the Fremantle community, and Simone McGurk was there to show her support.

She joined the Fremantle Road to Rail campaign alongside by Willagee MP Peter Tinley and Kwinana MP Roger Cook to protest against the Barnett Government closing the important rail lines servicing agricultural areas in the South-West.

“It was particularly galling to see National MPs at the rally, as if they support communities in the Wheatbelt, who are rightly furious that the Tier 3 rail line will be closed,” she said.

“The Nationals are just as culpable as the Liberals, both whom made explicit commitments before the election that the rail line would be kept open.”