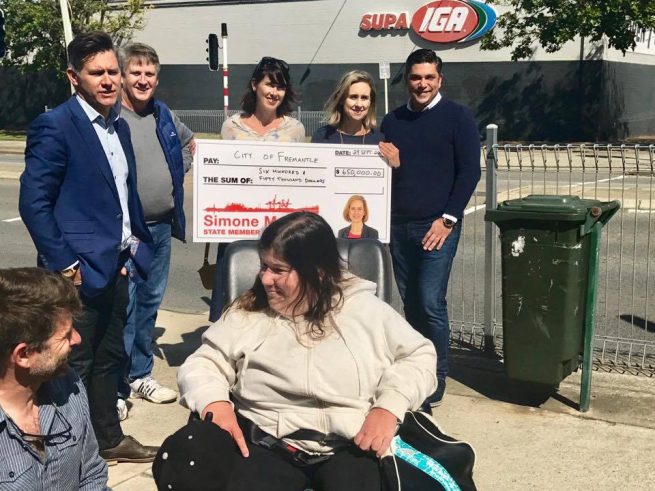 The City of Fremantle is set to receive $650,000 from the McGowan Labor Government to tackle long-neglected local road projects.

The State Government is delivering another local election commitment, providing $250,000 for improving the intersection of Paget Street and South Street in Hilton, a dangerous pedestrian crossing home to constant close calls.

Council will also be contributing $50,000 toward the project which will provide a much needed facelift for the Hilton shopping precinct.

The City is currently working with Main Roads WA on a draft concept plan which will be presented to the community for feedback during October. The final concept plan will be considered by council in November.

The plan will deliver improved pedestrian safety and public spaces in the heart of Hilton.

A similar process will also be undertaken for improvements to the intersections of South Terrace and Little Lefroy Lane in South Fremantle, and Hampton Road and Scott Street in Beaconsfield.

Construction on the three projects is expected to be completed in May 2018.

“There have been too many tragic accidents and close calls at these intersections over the years. This Government is working with the City of Fremantle and investing in making our neighbourhood hubs safer for pedestrians, cyclists and motorists,” Ms McGurk said.

City of Fremantle Mayor, Dr Brad Pettit said that council was keen for residents to have their say on the design.

“We want to learn more about what people who live and work in the area want and need. The feedback provided by the community will be used to help ensure we get the best possible outcome.

Our goal is to create a great urban hub in Hilton town centre and making South Street safer for pedestrians and motorists is a key part of this process.”

Local Councillors Hannah Fitzhardinge and Sam Wainwright said they were glad to finally see something being done about the intersection, as councillors have been raising the issue now for years.