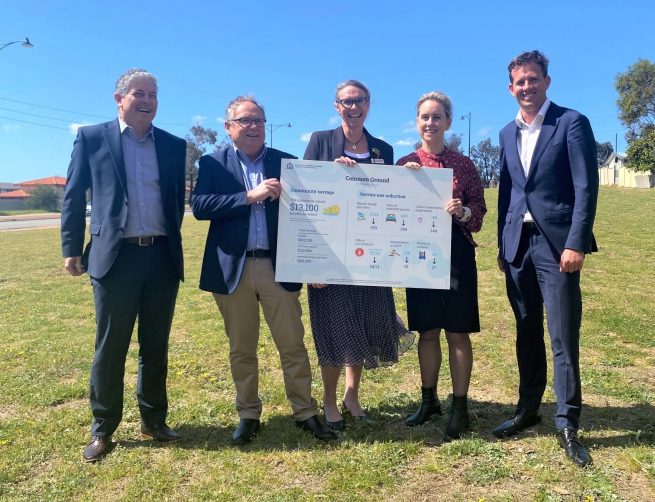 The McGowan Government today announced the 2021-22 State Budget will include $28.1 million for an expanded Common Ground facility to accommodate and support vulnerable people in Mandurah.

The funding will enable the construction of an anticipated 50-apartment complex in Mandurah that couples safe and permanent housing with tailored support services to help people with complex needs to stay off the streets for good.

Western Australia’s second Common Ground will be built on the corner of Allnutt and Dower streets in central Mandurah.

Common Ground residential apartment complexes are purpose-built for people who are sleeping rough, experiencing chronic homelessness or on low incomes, and are a key component of the State Government’s efforts to break the cycle of homelessness using evidence-based approaches.

The new facility will also contribute to the stock of public housing properties in the Mandurah region, as the typical mix of residents in Common Ground complexes is 50 per cent people who were experiencing homelessness prior to moving in, and 50 per cent people on low incomes.

The Common Ground model is designed to integrate the building and residents into their local community, with commercial and social enterprise spaces built in to facilitate engagement.

The Allnutt Street site was selected based on factors that have contributed to the success of Common Ground facilities in other jurisdictions, including proximity to public transport and a range of public services. Support from key stakeholders such as the City of Mandurah was also taken into consideration.

A total of $73.5 million has now been committed by the State and Federal governments to the Common Ground facilities being developed in WA, with more than 160 apartments for people in need of accommodation to be delivered in the Perth central business district and Mandurah. Of the $73.5 million, the Federal Government has contributed $8 million for Perth Common Ground as part of the Perth City Deal.

“This new funding builds on the McGowan Government’s commitment to develop two Common Ground facilities in Mandurah and Perth to give more than 160 vulnerable people a safe and comfortable place to live,”

“With 50 apartments and built-in supports, Mandurah Common Ground will help to change the lives of rough sleepers and other people experiencing homelessness.

“Homelessness is a complex issue, but we are determined to plan and deliver innovative projects to help those in need.”  said Premier and Treasurer Mark McGowan.

“The McGowan Government and our funded community sector partners are driving a major shift in the way we respond to homelessness in this State, in line with WA’s 10-Year Strategy on Homelessness.

“Mandurah Common Ground will support a Housing First approach, linking its residents with specialist support services to address their individual needs and help them to keep a roof over their head.

“The Common Ground model has a strong track record of improving long-term outcomes for vulnerable people in other jurisdictions, so I am confident the benefits of Mandurah Common Ground will not only be felt by residents, but by the broader Peel community.” said Minister of Community Services Simone McGurk

“This facility will increase the number of permanent homes for rough sleepers and people on low incomes in Mandurah by 50, with the benefits to be felt across the community.

“The announcement of the location for WA’s second Common Ground facility is a major step in our efforts to end homelessness in Mandurah.” said Mandurah MLA David Templeman.