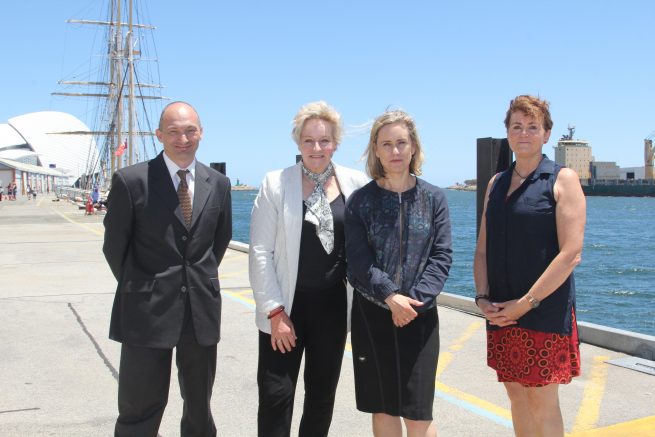 The steering group is chaired by Fremantle MLA Simone McGurk and includes high-level representation from Fremantle Ports; Landcorp; the City of Fremantle; Department of Transport; the Fremantle Chamber of Commerce; Tourism Western Australia; Department of Planning, Lands and Heritage; Westport Taskforce; and the Department of Jobs, Tourism, Science and Innovation.

The steering group’s brief includes examining the range of land uses in identified ‘precincts’ on the site, the needs of the working port and how to better link the Fremantle central business district to Victoria Quay, across the rail line.

The group’s work builds on the recently completed $3.25 million makeover of the Fremantle Passenger Terminal, as part of the McGowan Government’s commitment to revitalising Victoria Quay.

Any waterfront planning will be in line with the ongoing work of the Westport Taskforce, which is examining Western Australia’s future port and environs needs.

“There are numerous examples around the globe where inner-city port areas have been spectacularly transformed to create exciting waterfront areas,” said Ports Minister Alannah MacTiernan.

“We can do the same in Fremantle and mastermind the development of one of the world’s great inner-city port developments. Our goal should be achieving a transformation in a staged manner that is world-class.

“We have the right people at the table and I’m confident they have the resolve to achieve what the community desires.”

Planning Minister Rita Saffioti said, “A great deal of high-quality planning and consultation has already taken place in the past decade or more, so considerable groundwork has been done.

“We are not starting from the beginning – the challenge is building upon that knowledge bank and seizing the moment.”

State Member for Fremantle Simone McGurk said the quay has always been an integral part of Fremantle’s history, and it’s the right time to push through and transform it into a high-quality destination for both Western Australians and international visitors.

“This area has a spectacular harbour outlook, a rich and diverse history, cultural meaning for the Aboriginal community and has huge tourism appeal.

“The Fremantle community know this is an area full of possibilities and are impatient to see its potential realised.”