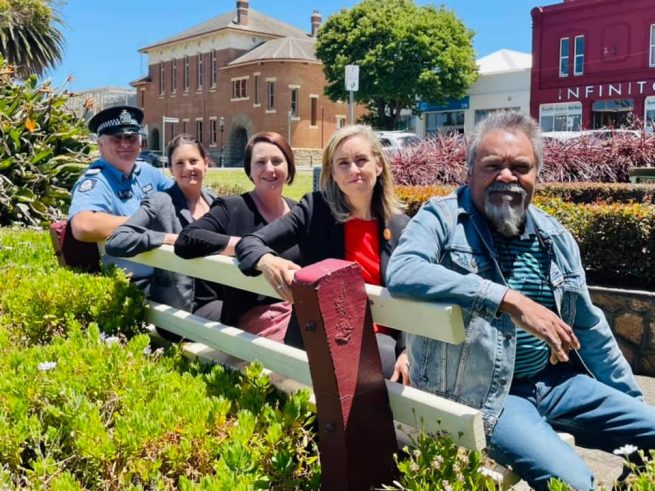 The Great Southern-based program for at-risk young people aged between 10 to 14 years and their families recently commenced after Gorenang Moortabiin was awarded the $587,000 grant to deliver the program until June 30, 2023.

The transition of the Great Southern site to Aboriginal Community Controlled Organisation (ACCO) control follows similar changes in Target 120’s East Kimberley site, which is run by local ACCO MG Corporation. Both sites were initially led by the Department of Communities.

The Target 120 intervention program works to connect at-risk young people with services that meet their individual needs while also supporting their family members.

Gorenang Moortabiin will implement a culturally informed service model designed to address the over-representation of Aboriginal young people among those in contact with the youth justice system in the area.

Under the guidance of a Community Youth Officer, Gorenang Moortabiin will work to support Target 120 participants and their families and develop their capacity to reduce offending behaviours and engagements with the criminal justice system.

Other Target 120 pilot programs across Western Australia have already been linked to better outcomes for participants and their families.

They have also helped create safer and more connected communities by addressing factors that increase a young person’s likelihood of offending and antisocial behaviour, including substance abuse, family and domestic violence, trauma and mental health issues.

The program currently has 54 active participants across the State. Of these, 50 per cent have not had further contact with police since joining the program.

More than $21 million has now been invested in the Target 120 program which was launched by the McGowan Government in 2017 to support better outcomes for at-risk youth.

“Target 120 is a practical program helping young offenders at risk of further interactions with the justice system to create an alternative path for themselves, and has had encouraging results in its first few years.

“By prioritising early intervention over enforcement measures, we know this program can improve outcomes – not only for the children and families participating, but for the communities they live in too.

“The McGowan Government is proud of the work that Target 120 is doing to reduce the risk of reoffending in regional Western Australia.

“I congratulate Gorenang Moortabiin Aboriginal Engagement and Community Development for securing the grant to deliver Target 120 in the Great Southern and look forward to supporting their work to deliver this important program.” said Minister for Community Services Simone McGurk.

“Target 120 is an important investment in the future of at-risk young people in Albany, as well as the broader Great Southern community that they live in.

“The transition of the Albany site to being led by a local Aboriginal Community Controlled Organisation is the next step in ensuring this program can make a significant positive difference to the lives of local young people and families.” said Albany MLA Rebecca Stephens.