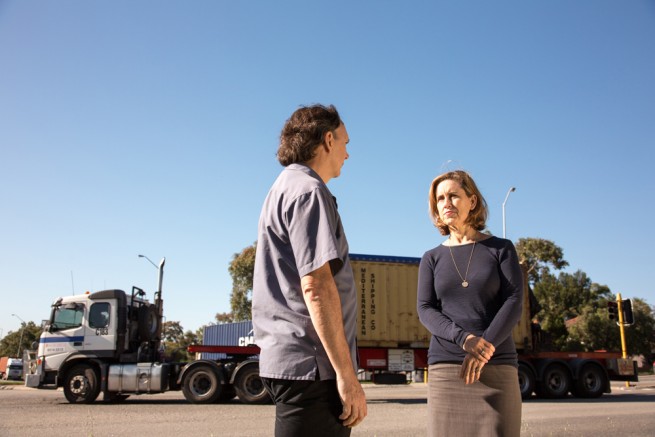 Questions have been raised about a possible conflict of interest of Transport Minister Dean Nalder after it was revealed he owns a commercial storage unit near one of the proposed routes of the Perth Freight Link.

In questioning from State Labor MP for Fremantle Simone McGurk during Budget Estimates hearings in State Parliament, the Transport Minister admitted that he had failed to notify the Premier of a possible conflict of interest in relation to the property.

It was revealed Minister owns an industrial storage unit on Sainsbury Road in O’Connor, close to Stock Road, the preferred route for the Perth Freight Link.

Ownership of the property has raised questions as to whether this could have influenced the Minister’s deliberations over an alternative route.

“The Minister owns an industrial unit near the corner of Stock Road, one of the routes for a $1.6 billion road, a property that will have its access restricted by the proposed changes to Stock Road,” Ms McGurk said

“He then directs the department to look at alternative routes away from Stock Road, that is, away from his unit.”

As well as planning the $1.6 billion road down Stock Road towards Fremantle Port, the Minister has directed planning to take place for a tunnel option away from Stock Road.

While the Minister listed ownership of the unit in his annual parliamentary disclosure statement, under the State Government’s Ministerial Code of Conduct Ministers are obligated to disclose any conflict of interest, as well as any perceived or potential conflict of interest to the Premier.

“Dean Nalder has shown his disregard for disclosure of possible conflict of interest in the past,” Ms McGurk said.

“Time and again he has shown he can’t handle the transport portfolio, an area so important to the state and its people. He should stand down and give the public some relief from his serial stuff-ups. “