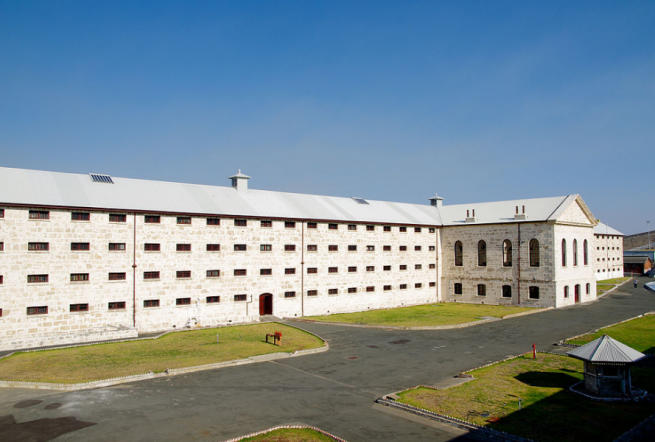 An urgent works program to conserve the World Heritage Listed Fremantle Prison has begun through an immediate cash injection of $3.5 million by the McGowan Government.

The funds have been secured partially through the redirection of the 2019-20 Heritage Grants program, which will be unavailable during the 2019-20 financial year.

Initial works will see the cells within the main cell block repaired by local Aboriginal business Thuroona Services at a cost of $1 million.

Heritage Minister David Templeman has called on the Federal Environment Minister Sussan Ley to at least match the State Government’s contribution to assist with the works in recognition of the prison’s World Heritage status.

Mr Templeman made the comments while launching the Fremantle Prison Master Plan 2019‑2029 and invited the public to comment on the proposals in the plan.

The Fremantle Prison Master Plan 2019-2029 looks to the assets’ future activation and recommends a ‘Sound and Light’ show and ‘Night in Prison’ immersive experience to increase the prison’s appeal to the growing demand for heritage tourism and iconic attractions.

Increased revenue from tours and new experiences on site will also improve the long-term self-sufficiency of Fremantle Prison.

The Fremantle Prison Master Plan 2019-2029 is open for public comment until November 3 and is available here.

“Fremantle Prison is the most intact complex of convict-built structures in Australia, recognised by UNESCO, with World Heritage listing as well as State and National heritage recognition,” said Heritage Minister David Templeman.

“The McGowan Government recognises the potential of Fremantle Prison to contribute to our tourism, education, culture and the arts industries in Western Australia, which is why we have sought to redirect funds from the Heritage Grants program for the 2019-20 financial year to fund urgent conservation works.

“Maintaining an asset of national importance is a significant cost burden on Western Australia, and the McGowan Government is calling on the Federal Government to at least match our funding towards this internationally recognised heritage asset.

“Protecting Fremantle Prison and preserving its stories is important not only to Western Australians, but to all Australians.

“The Fremantle Master Plan 2019-2029 will guide current and future governments to ensure this irreplaceable piece of heritage is preserved and protected for the benefit of both locals and visitors to Western Australia.

“As part of the McGowan Labor Government’s commitment on jobs, this plan aims to inject an additional 50 jobs straight into the Fremantle economy over the next ten years.”

Federal Member for Fremantle, Shadow Assistant Minister for the Environment MP Josh Wilson said next year will be the 10th anniversary of Fremantle Prison’s listing as one of the eleven UNESCO World Heritage Australian Convict Sites.

“This built heritage is of national and international importance and all sites are appropriately included on the National and World Heritage lists.

“While there is $47 million allocated by the Federal Government over the next four years to support our natural World Heritage sites, there is no core funding for built World Heritage properties, including Fremantle Prison, even though these sites have considerable underlying restoration and conservation needs.

“I join the Minister for Heritage in his call to the Federal Government to match the State’s contribution to Fremantle Prison to help deliver the appropriate protection and enhancement of our nation’s built World Heritage places.”

State Member for Fremantle Simone McGurk said, “Fremantle Prison is the most visited paid attraction in Fremantle drawing around 200,000 visitors each year.

“Independent analysis of the economic and social impact of Fremantle Prison has found the prison made a direct contribution of $19.1 million to Fremantle’s regional economy in 2017-18.

“Analysis concludes the combined impact of the initiatives proposed in the Master Plan would boost annual visitor numbers by approximately 45,000, inject an additional $5.3 million a year into the local economy, and support nearly 50 additional jobs in Fremantle.”