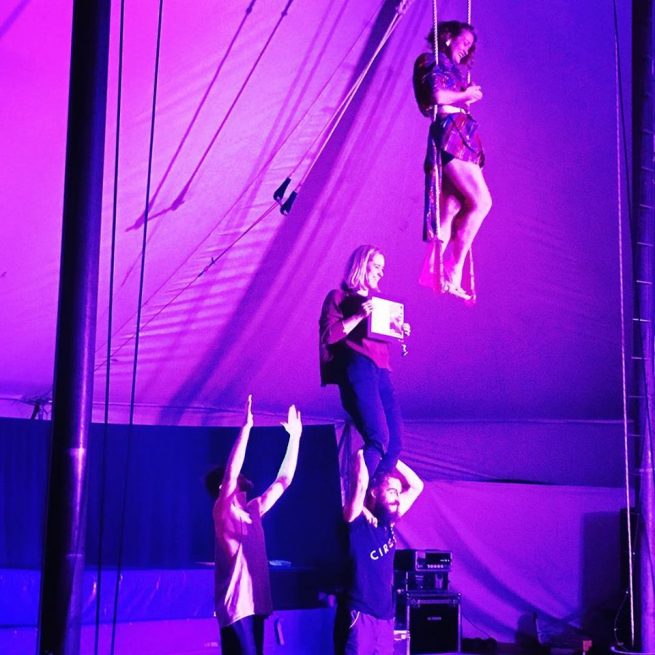 State Member for Fremantle, Simone McGurk has presented Circus WA with a Lotterywest grant of $23,000 for their new Big Top at Fremantle’s Princess May Park.

Circus WA has been inspiring young people to participate in their community through circus arts for over 30 years, the organisation began and continues to thrive in the City of Fremantle.

Young people are given an opportunity to thrive physically and mentally year-round with weekly circus classes.

In December 2016, Circus WA had to leave their historic training centre of 30 years. With nowhere sizeable and affordable enough for the circus to transition to, the decision was made to raise a Big Top in Princess May Park in the eastern end of Fremantle’s CBD.

With funding from Lotterywest and the Federal Stronger Communities grant, CircusWA now has a new inspiring home from which to flourish.

The Freo Big Top is an inviting space positioned in Princess May Park. The space is open and CircusWA works to ensure people from all walks of life feel comfortable to enter in – with access ramps we have been able to accommodate a growing number of people with disabilities.

Simone was delighted, “it’s fantastic that Circus WA been awarded this funding to enable the purchase and re-skinning of the Big Top. This vital combination of funding has ensured that Circus WA has a secure place in Fremantle from which to flourish and continue to bring joyful experiences to locals, and add liveliness and colour to Freo’s streets.”