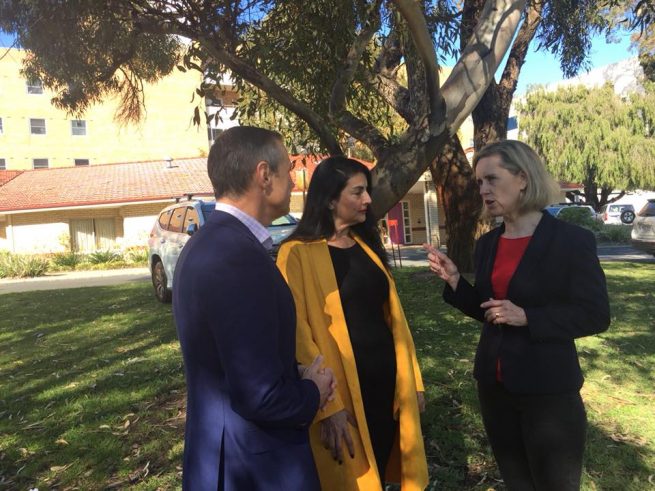 WA Health has allocated $1.56 million for a three-year program to improve screening rates for family and domestic violence during pregnancy, starting this year.

Western Australia has the second highest rate of reported physical and sexual violence perpetrated against women in Australia, second only to the Northern Territory. The nationwide projected health burden of family and domestic violence is $15.6 billion by 2023.

Some expecting mothers are exposed to a spike in the prevalence and severity of violence from their intimate partners, accompanied by a greater risk of injury to both women and their babies.

Poor birth outcomes (such as low birth weight, premature birth) and post-natal depression are associated with domestic and family violence during pregnancy.

The money will fund a coordinator and three new education and training positions. The staff will provide comprehensive training in screening and responding to disclosures of violence for WA Health staff, across the metropolitan areas and the WA Country Health Service.

The evidence-based program, operated by the Women and Newborn Health Service, will update existing family and domestic guidelines to ensure that all pregnant women in WA are screened for family and domestic violence in the context of other health and social issues.

If you or someone you know is impacted by family and domestic violence, call 1800RESPECT or visit here. In an emergency, call 000.

“As Minister for Health, I am proud to honour the McGowan Government election commitment to the key priority area of family and domestic violence,” said Deputy Premier Roger Cook.

“This funding will ensure that the WA Health Department is resourced to provide better support for expecting and new mothers experiencing family and domestic violence.

“All Western Australian women will now undergo preventative screening for domestic violence during the important time around the birth of their baby.”

Prevention of Family and Domestic Violence Minister Simone McGurk said, “Too often women experiencing family and domestic violence go unnoticed, despite there being signs something is not right. This is about giving health professionals the screening tools to see these signs and save lives.

“Perpetrators of family and domestic violence use many different forms of control and abuse that go beyond physical abuse. This includes financial, social – like deciding who someone can or cannot see – and technological – using things like a phone to embarrass or demean a partner.

“All the evidence shows that routine screening of pregnant women works – and I’m pleased this Government is fulfilling its election commitment by introducing this life saving initiative. We need to give mums and babies the best start to life.”